The Health Benefits of Pecans

Pecans are recognized as heart healthy by the American Heart Association. Pecan nuts are a rich source of many phyto-chemical substances that may contribute to their overall antioxidant activity, including polyphenolic antioxidant ellagic acid, vitamin E, beta-carotene, lutein and zea-xanthin.

According to the American Cancer Society, antioxidants are chemicals that block the activity of other chemicals known as free radicals, which can damage cells. Free radicals also may play a role in heart disease, cancer and other diseases.

Research studies suggest that antioxidants like those in pecans help the body remove toxic oxygen-free radicals and thus, protect the body from diseases, cancers, as well as infections.

Ellagic acid, for example, has the ability to inhibit DNA binding of certain carcinogens such as nitrosamines and polycyclic aromatic hydrocarbons, thus protecting the human body from cancers. 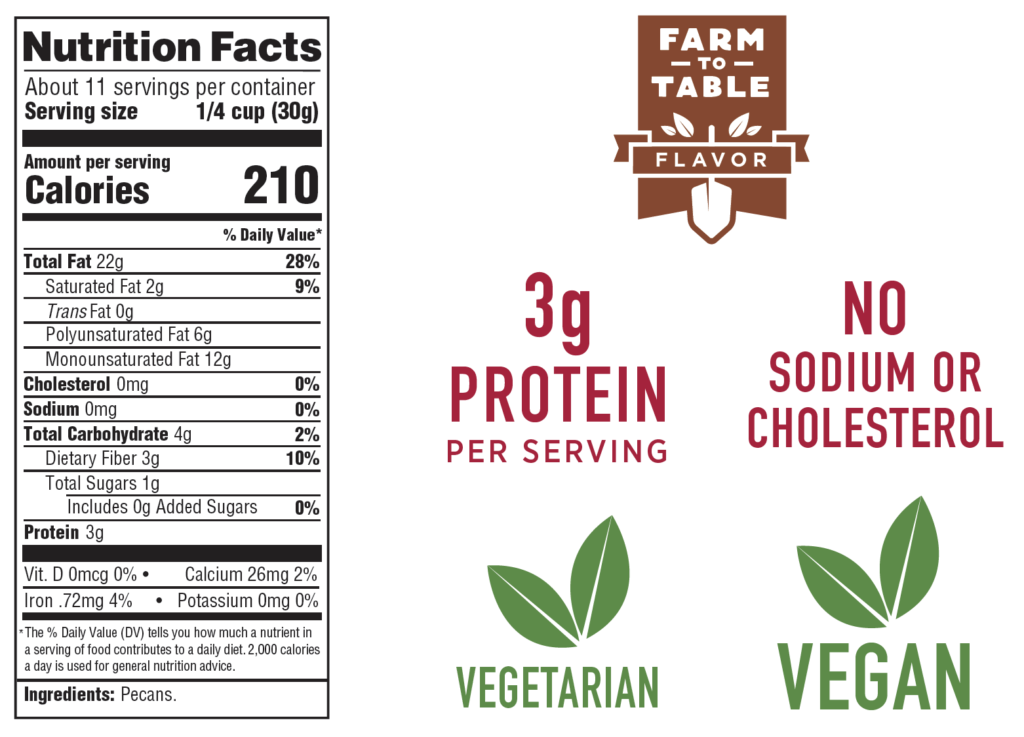 Refrigerated storage of pecans is critical to prevent the development of rancidity and/or infestations of insects. The ideal storage conditions are below 35° F and 70% relative humidity. Long-term storage should be near 0° F in order to maximize freshness and shelf life.

Pecans readily absorb moisture, gases or odors from the atmosphere, which may change the flavor, color, texture or stability. These may be odors of the building, volatile gases, or respiration products from stored commodities. For this reason, pecans should be stored in separate rooms, away from other products that may be the source of odors or flavors.

Traces of ammonia, not detectable by order, in the storage room will blacken the seed coat of pecans within a few weeks and of unshelled pecans within two months. While the pecans are permanently damaged in color, there is no noticeable difference in the flavor or taste. Blackening increases with the ammonia concentration, temperature, time and amount of exposure. To prevent ammonia damage, pecans should always be stored in facilities that utilize a refrigerant other than ammonia.

Insects are a major problem in pecans and nut products stored at temperatures above 45° F, especially if they are shelled. The most common insects that infest nuts are Confused Flour Beetle, Indian Meal Moth, and Saw-Toothed Grain Beetle. These insects all eventually infest tree nut meats that are out of storage for more than two weeks during the warm weather months, unless they are sealed in an airtight container.